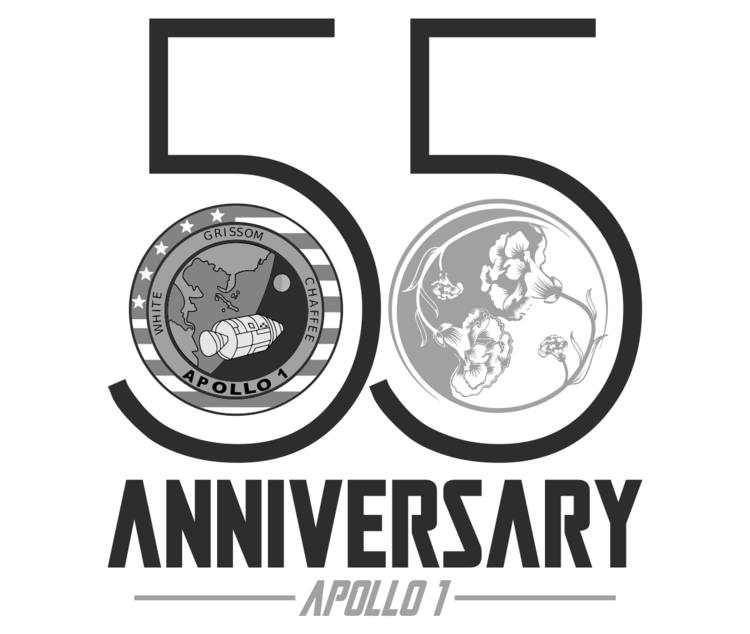 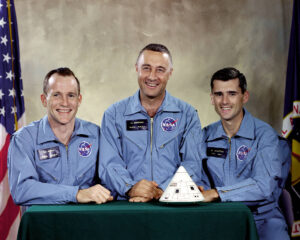 Portrait of the Apollo 1 prime crew for first manned Apollo space flight. From left to right are: Edward H. White II, Virgil I. “Gus” Grissom, and Roger B. Chaffee. On January 27, 1967 at 5:31 p.m. CST (6:31 local time) during a routine simulated launch test onboard the Apollo Saturn V Moon rocket, an electrical short circuit inside the Apollo Command Module ignited the pure oxygen environment and within a matter of seconds all three Apollo 1 crewmembers perished.

Fifty five years ago on Thursday (January 27, 1967), NASA’s Apollo program got off to a very rocky start. The Apollo program was moving along and President Kennedy’s goal of landing a man on the moon by the end of the decade was in sight. Then tragedy occurred. During a preflight rehearsal of the launch, one described as a “plugs out test” where the capsule was filled with a 100% oxygen atmosphere, there was a spark from a loose wire. The resulting fire engulfed the Apollo 1 capsule in seconds and the three astronauts (Gus Grissom, Ed White, and Roger Chaffee) perished.

This singular event set the Apollo program back for months and, for a time, no one was sure if it would continue. It did, and Apollo 11 landed on the Moon on July 20, 1969.

The Apollo 1 fire isn’t the only time astronauts have been lost. Many of us remember the Challenger and Columbia Space Shuttle disasters that cost the lives of both crews.

These events remind us, despite of all the success of human space flight, that space missions are dangerous and lives have been lost.

On Thursday, NASA will hold a Day of Remembrance in honor of these astronauts who made the ultimate sacrifice.