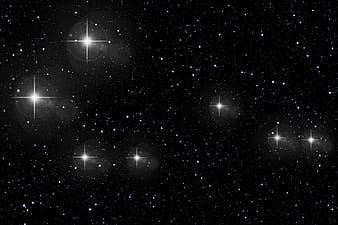 Celebrate the North Carolina Statewide Star Party virtually and engage with the skies from home. The event was originally slated to take place Friday, April 24, and Saturday, April 25, at many sites around North Carolina, including Kaleideum.

The 2020 theme is Seeing the Universe, and due to COVID-19, the celebration is going digital with the North Carolina Science Festival.

The universe is huge; the visible universe is some 92 billion light years in diameter and might extend beyond that, but we don’t know how far. A light year is a unit of distance that light travels in a year. One light year is nearly 6 trillion miles. 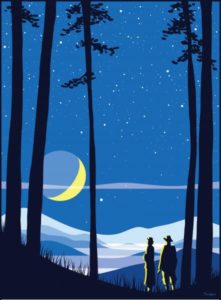 The good news is that much of the universe is just a click away. Today’s technology brings the wonders of the universe to our homes through computers, tablets, and phones. To identify the stars and find the planets, there are many smart phone and tablet apps available. Most have augmented reality where you can hold your phone or tablet up and the app will show the stars, planets. and moon as they appear in the sky. If you need an activity for the kids, you can print out your own planisphere to navigate the skies https://in-the-sky.org/planisphere/index.php.

Our closest celestial neighbors are the planets. Since the 1970s, spacecraft have been visiting the members of our solar system, including the planets and their moons.

These missions have sent back spectacular images – views we had never seen before. NASA has several websites that will tell you about the solar system and show you wonderful images of the planets and moons.

Further out in the universe are star clusters, nebulas, and galaxies. We may not be able to go there, but we can see them up close thanks to the Hubble Space Telescope. Hubble launched on April 26, 1990 – 30 years ago. Just like the NASA missions, it has provided us with spectacular images of the cosmos. Explore the beauties of our galaxy at home with the links below:

For many of us, we want to see things firsthand.  We want to look up at the night sky to see what is out there. If you live away from a light-polluted city, the sky is filled with stars. If you’re lucky, you might see the Milky Way stretch across the sky. From time to time, a brighter object or two comes into view. These are the “wanderers,” the planets. Other objects such as nebulas, star clusters, and even galaxies can be found if you own a pair of binoculars or a telescope.  In fact, binoculars are a great way to start exploring the cosmos. However, if you find it difficult to hold binoculars steady, you might want to try a telescope.

Many telescopes end up in a closet because people may not be sure how to use them. Before purchasing a telescope, particularly your first scope, take some time and do a little research to make sure you buy a quality scope and one that will be used.  Reach out to the Forsyth Astronomical Society with questions about the telescope that is right for you. Below are a few articles that might help you as well.

For now, if you get up early before the sun rises and look to the east, you might see three planets rising into the sky. Jupiter is the bright one and Mars will look a bit reddish/orange. Saturn is harder to find and is between the other two — closer to Jupiter than Mars. All are found between the constellations Sagittarius and Capricornus. Venus is visible in the west just before sunset. You’ll find it near the constellation of Taurus the Bull.

To learn more about astronomy, space and the wonders of the universe, visit Kaleideum’s Astronomy Resources on the Kaleideum North Planetarium Page. Happy Stargazing!