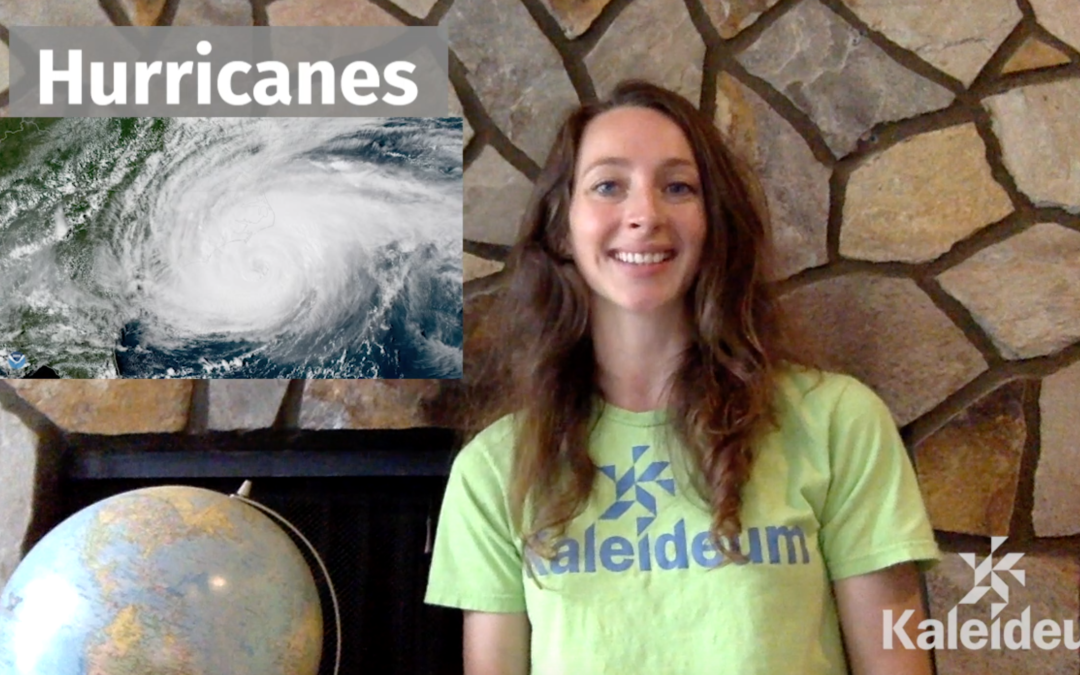 June 1 marks the start of hurricane season! The Earth is tilted towards the sun in the northern hemisphere, the days are longer and much hotter, and the oceans are warming which means hurricane season is upon us.

The Triad can be affected by large hurricanes that move past the coast, so now is the time to have a safety plan in place. Hurricanes in the Atlantic Ocean can develop as early as May, but we mainly see major hurricanes during the late summer and early fall months as the ocean temperatures exceed 80 F.

What Is a Hurricane?

Hurricanes are massive storms over the Pacific or Atlantic Ocean that can grow as large as 600 miles wide with wind speeds upwards of 75 – 200 mph. Hurricanes are most commonly referred to as tropical cyclones since the name changes depending on which ocean basin they form in. In the Indian Ocean, Australia and the Bay of Bangle, these storms are called cyclones. In the Western Pacific Ocean, they are referred to as typhoons. In the northern hemisphere, hurricanes and typhoons spin counterclockwise while in the southern hemisphere they spin clockwise.

Fun Fact: In Australia, tropical cyclones are also referred to as “Willy Willies.”

How does a huricane form?

In order for a hurricane to develop and sustain itself, it needs perfect conditions.

First, the storm needs ocean temperatures over 80 F in order to gain strength. A constant moisture source is very important in the life cycle of a hurricane.

Hurricanes need help spinning or a force called Coriolis. The Coriolis force is strongest at the equator, but hurricanes generally form a bit above or below at 5 to 15 degrees N or S latitude. The reason hurricanes form nearly 10 degrees away from the equator is because of wind shear.

The last ingredient for hurricane development is wind shear or the changing of wind speed and direction with height. Hurricanes, unlike tornadoes, need very little shear/change in wind speed and direction within the atmosphere. Little wind shear allows the movement of winds from the surface of the ocean up to miles in the atmosphere. If there was a lot of wind shear, the hurricane would wobble and lose strength. With all of these ingredients together, a strong hurricane can form and move through the ocean.

What Factors Influence a Hurricane’s Destruction?

Large weather patterns, such as troughs and ridges can influence a hurricanes path, which is why hurricane forecasting can be difficult. There are many obstacles that a hurricane faces when approaching land. Wind shear will increase as a hurricane approaches the coast, which can weaken the overall structure of a hurricane. Dry air is introduced into the upper levels of a hurricane, which can also weaken the storm. But even with these factors, major hurricanes can still maintain their strength anc cause devastating effects across the coastline. Many people think the winds are the main cause of loss to life and property, but in most cases, it is the storm surge.

Storm surge is water inundation, or water movement onshore, from the winds of a hurricane. The winds are able to force water to move onshore flooding many areas and even moving houses and structures in the path. Once the water is on land, there is nowhere for it to go, and it can stay there for days, weeks and even months. Computer models can estimate the amount of flooding that can occur based on the slope of the shoreline. A steep shoreline will cause less flooding than a gradual sloping shoreline, but the flooding can still be life threatening. Always listen to local weather officials and the National Hurricane Center and obey evacuation orders.

Hurricanes are rated on the Saffir-Simpson Hurricane Scale

There have been a number of Hurricanes that have made landfall on the NC coast over the last 20 years:

Tropical cyclones were identified by names dating back to the 1950s. Now, the naming list goes by the World Meteorological Organization and repeats every six years. Up until 1979, all female names were used, but now they alternate between male and female names. If a hurricane does significate damage, the name is then retired and replaced with another. The 2020 Hurricane name list is:

Fun Fact: In 2005, there were 27 named storms, which exhausted the 21 name list. Six Greek letter names were used to extend the list.

In order to prepare your family for hurricanes, you should know the “hurricane lingo.”

The hurricane stages are:

The difference between a watch and a warning is:

In the case of tropical cyclones, here are the watches and warnings you should be monitoring:

If you or your family members live along the coast, make sure to have a disaster plan as well as a pet plan ready.

Before a hurricane, local vets or humane societies can assist with a proper emergency plan for your animals. It may be necessary to board up windows and bring in any outdoor items that could be damaged or blown away. Know what county or parish you live in and know the evacuation routes and shelters in case of mandatory evacuation. Have an emergency kit ready in your car and at home with non-perishable food items, flashlights, portable phone chargers, first aid items, emergency radio, batteries, bottled water, extra clothing items, extra food items for animals, and cash. You may need to shut off gas, electricity and water to your home if evacuating. Locate those utilities and know how to properly turn them off.

During a hurricane, stay inside and away from windows. If your home is located in a flood prone area, evacuate and move to higher ground or to a nearby shelter if you can do so safely. Do not stay in mobile homes. One foot of water can move a car, and a few feet of storm surge can and will wash away mobile homes. Also, do not drive down flooded roads — just 6 inches of water can cause loss of control of vehicle. If local officials tell you to evacuate, do so immediately.

After a hurricane, do not leave home until safe to do so. If you can do so safely, help others (and pets) in need if stranded or without shelter. Do not drink tap water unless local officials say it is safe to do so. Do not walk or drive through flooded roads; there may be power lines down that are not visible.

For family and friends in the Triad, hurricanes can bring flooding, wind gusts, and in some cases tornadoes to the area. Soggy soils and winds often take down trees and power lines leaving areas without power for hours or up to days. Keep a hurricane plan ready in case of power loss or flooding in your area.

Now that you know more about hurricanes, watch this Kaleideum At Home video! Remember, since we live in the northern hemisphere, hurricanes spin counterclockwise.

For more details and information about hurricanes, check out these sites below: