Kaleideum at Home: Why Is Mars Red? 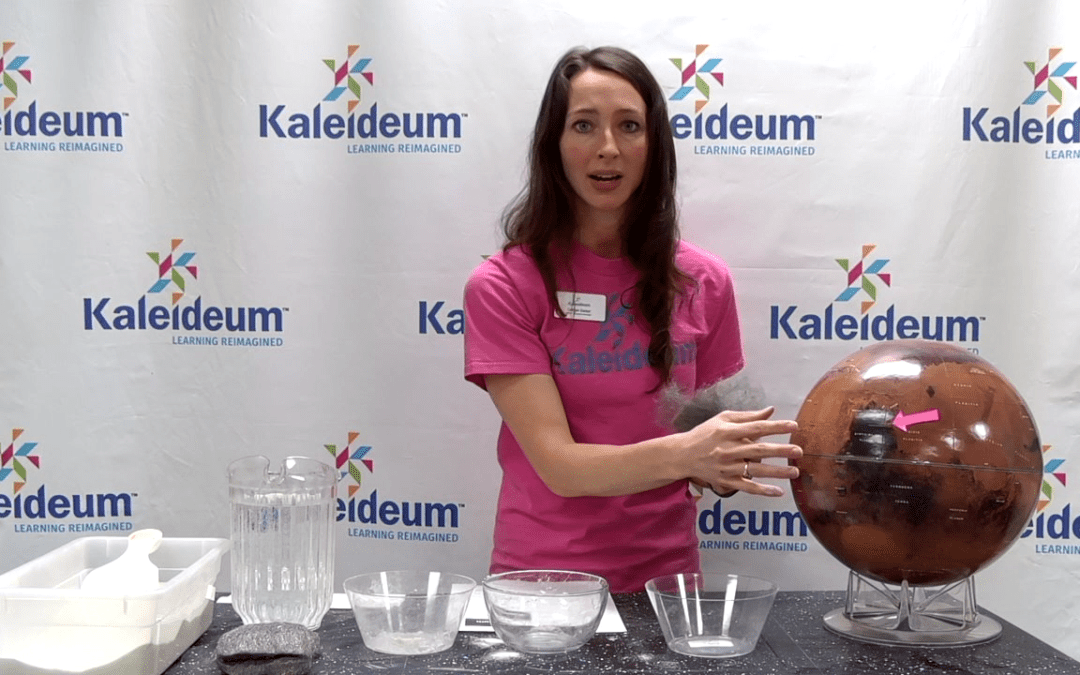 Have you ever wondered why Mars looks red? Find out on this episode of Kaleideum at Home where you will make your very own Martian soil with a few household items and watch as your sandy soil changes colors!
Mars is the fourth planet from the Sun. It’s rocky surface is made up of rocks and dust that contain iron. As iron mixes with oxygen and water, the iron forms iron oxide or rust. Even though there isn’t much oxygen or water left on Mars, the rusty red surface hints at signs of its ancient life. The rust that forms is a reddish/brownish color and gives the soil on Mars its reddish hue. Mars is also known for its dust storms that kick up that rusty soil into the air, making it appear as if the atmosphere is also red. Even though Mars is red, it is definitely not warm. The average temperature on Mars is around -81 degrees Fahrenheit.
NASA’s Mars Exploration Program launched the Perseverance rover and Ingenuity helicopter July 30, 2020. It takes seven months to reach Mars, and the rover will land at 3:30 PM ET on February 18, 2021. Join the #CountdownToMars​ by watching the landing and visiting https://mars.nasa.gov/mars2020/​.