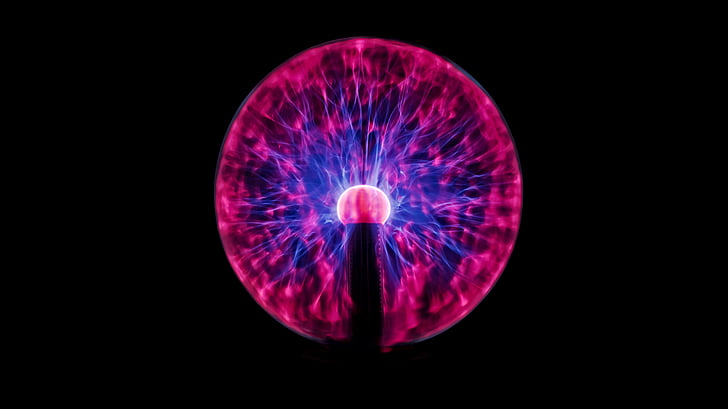 In this episode of Kaleideum At Home, Jay utilizes the Plasma Ball to demonstrate some of the properties of this fourth state of matter.
The Plasma Ball was invented by Nikolas Tesla. It is a clear glass ball filled with a mixture of noble gases and a high voltage electrode, often called a Tesla coil, at its center. Plasma filaments extend from the electrode to the glass when electricity is supplied.
Plasma, called the fourth state of matter, is often thought of as a subset of gases. Like gases, plasmas have no fixed shape or volume, and they are less dense than solids and liquids. Unlike gases, however, plasmas are made up of atoms in which some or all of the electrons have been stripped away, and positively charged nuclei, called ions, roam freely.
Question to Research: What are some real life examples of plasma?