Return to the Moon with Artemis 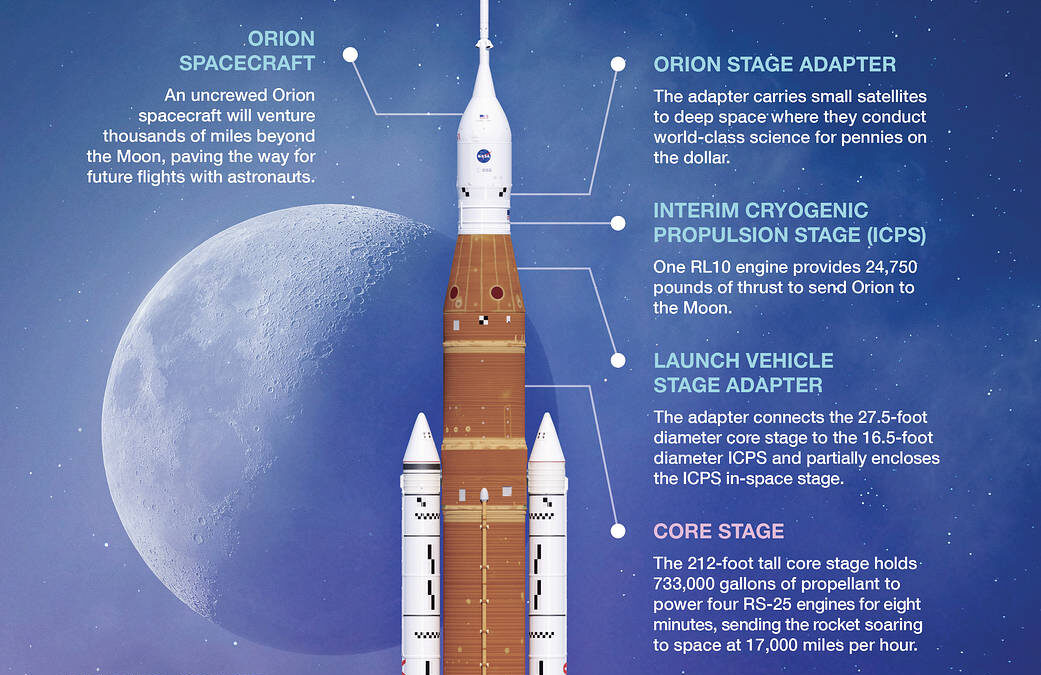 On December 14, 1972, astronaut Eugene Cernan climbed the ladder back up to the Apollo 17 lunar module. With that, the last human left the surface of the Moon. No one has returned since then. It has been almost 50 years. 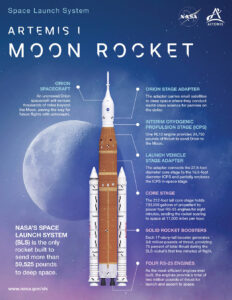 ASA is planning to go back to the Moon with the Artemis program. Artemis will feature the Space Launch System (SLS), the largest rocket since the Saturn V, and the Orion space capsule, the successor to the Apollo capsule of the 1960s and 1970s. Artemis will eventually achieve the first human landing on the Moon since Apollo 17. NASA promises it will include the first woman and the first astronaut of color to walk on the Moon. Recently, 13 potential landing sites were chosen near the Moon’s south pole. The hope is that a permanent lunar base camp will be established near one of these sites.

Artemis I is schedule to launch sometime in the next few days (or weeks). It will be a six-week mission to fully test the new SLS and Orion capsule. The Orion capsule will travel to the Moon and then fly out beyond the Moon. It will return and loop around the Moon before splashing down on the Earth.

The next launch window begins on Saturday, September 3 at 2:17 pm EDT. You can follow the launch on NASA TV (https://www.nasa.gov/multimedia/nasatv/#public and https://www.youtube.com/watch?v=21X5lGlDOfg). Coverage begins at 12:15 pm EDT.

Join us in the planetarium at Kaleideum North on Saturday, September 3, to follow the launch live on NASA TV.