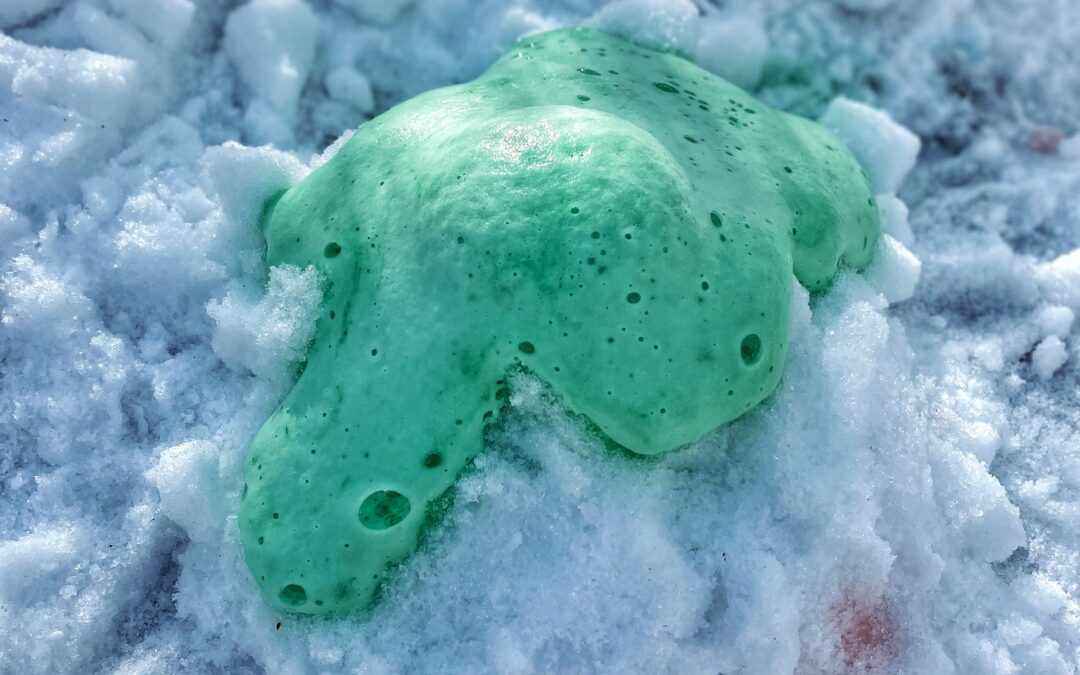 An underwater volcano near Tonga erupted on Sunday with what is most likely the largest recorded eruption anywhere on the planet in more than 30 years! Dramatic images of the eruption in real time captured the huge plume of ash and steam as it spewed over 12 miles into the atmosphere. Tsunami waves were measurable even on the west coast of the United States and pressure waves were recorded across the globe.

While we don’t have volcanoes here in NC we can create our own fun version of a snow volcano with some items you’ve got in the house and the snow outside right now.

You’ll need to get an adult to help you gather the following items:

Place about a tablespoon of baking soda into a cup and add a little bit of dish detergent and your favorite food coloring. Mix well with about 2 tablespoons of warm water to make a runny paste.

Take this outside, make your volcano and place the cup right at the top of it, buried slightly in the snow. Add ¼ cup of vinegar and watch your volcano erupt! 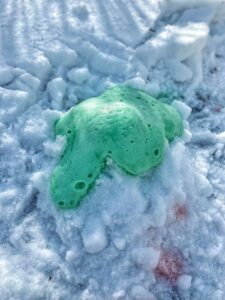 You can experiment with mixing food coloring to make different colors or use different temperatures of water to see what that does to the speed of the reaction.

Be sure to take pictures of your volcanoes and tag us on social media #kaleideum.

Also watch us on WXII to see the volcanoes in action! http://www.wxii12.com/article/winston-salem-kaleideum-snow-day-activity-snow-volcanoes-at-home/38792783