SpaceX Demo-2 Launch Postponed until Saturday, May 30 at 3:22 pm ET 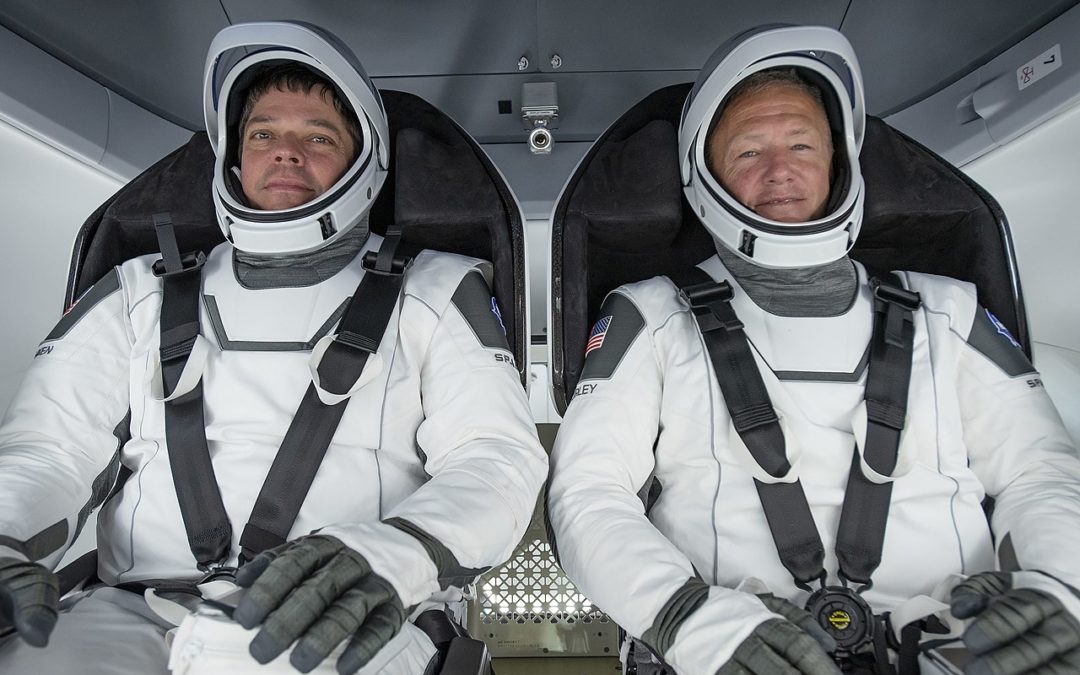 The weather strikes again! Weather is the single greatest cause of launch delays and scrubs.

In 2011, the last space shuttle launched from U.S. soil. This was the last time American astronauts would fly without hitching a ride on a Russian Soyuz spacecraft. That was about to change on Wednesday, May 27, 2020 when two astronauts, Bob Behnken and Doug Hurley, were poised to take off in a SpaceX Crew Dragon spacecraft launched by a Falcon 9 rocket. SpaceX had cleared all the required hurtles, including an unmanned Demo-1 test flight, a pad abort test, and an in-flight abort test.

The spacecraft had an “instantaneous” launch window. It had to launch exactly at 4:33 pm ET to reach the International Space Station. Everyone was ready. The countdown was at 17 minutes. The controllers all signaled green to go. But the WEATHER did not cooperate. A line of thunderstorms had been moving through the area and did not clear out in time. If another ten minutes had elapsed, the weather would have cleared, and they could have launched. However, the launch was scrubbed, and everyone would have to wait until the weekend to try again.

With all our technology everything was ready to go, but we still cannot control the weather. As we transition from spring to summer, we notice that there are more thunderstorms, particularly in the afternoon. Thunderstorms form as warm, humid air rises creating cumulus clouds. The warm air often results from afternoon heating but could also be due to a front moving in and pushing the warm air up. These clouds push upward, become saturated with rain, and become Cumulonimbus clouds. Air continues to rise in an updraft to parts of the atmosphere where the air once again becomes stable. The stable air moves horizontally creating an anvil shape. If the updraft is strong enough, an “overshooting” top will rise above the anvil. Water exists as liquid, gas (water vapor) and solid (ice crystals) in a Cumulonimbus cloud. The frozen ice crystals in the top of the cloud start to bump into each other creating an electrical charge. When enough charge builds up it discharges to the ground or to another cloud as lightning, and we have a thunderstorm.

Making sure the weather is appropriate for a launch is not as simple as looking outside to see if it is clear. NASA and SpaceX have many rules and checks to make sure the weather is safe enough to fly. Not only do they monitor the weather at the launch site, but also “downrange” over the path of the spacecraft in case there is an abort and the astronauts have to come down early somewhere over the Atlantic, and at higher altitudes to make sure everything is safe as the rocket prepares for orbit.

Although Wednesdays launch was scrubbed, they will try again on Saturday at 3:22 pm ET, with another opportunity on Sunday at 3:00 pm ET. NASA TV will begin coverage a few hours before the expected launch time (11 am ET on Saturday). Tune in if you can, but check the weather first, thunderstorms are in the forecast again.

To follow along on this exciting mission and for more information: