Take a Walk in Your Own Solar System 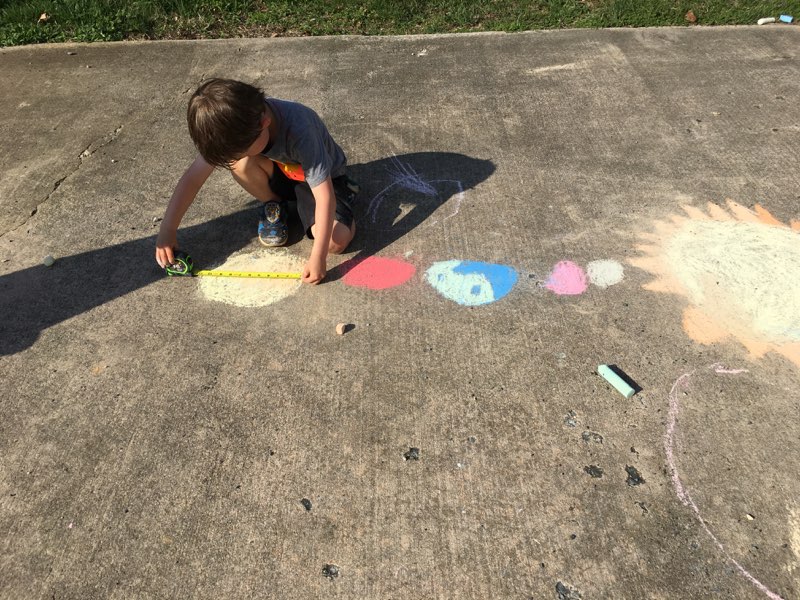 Just how far is each planet from the Sun? Create a Solar System Walk to find out! To start, you’ll either need sidewalk chalk and plenty of pavement for drawing outside, or you’ll need to make cards or flags for each of the planets with paper and markers/crayons. These cards can be used outdoors or inside, and you may need tape to secure them on the ground.

Start with the Sun on the far end of your activity space: draw or tape your Sun on the ground. The Sun is a giant star at the center of our universe and its core or center is like a huge furnace that creates a lot of heat and light, so make your Sun big and bright! Since the planets are pretty far away from the Sun — millions and billions of miles in fact — we need to create a measurement scale to use instead of the real distances. For every 10 million miles (that’s a lot of zeros), we’ll measure 1 inch so that 1 inch = 10 million miles away from the Sun.

The first four planets in our solar system are called rocky or terrestrial planets. This means that each of these planets have a solid center and a hard, rocky surface. Measure these distances and draw/tape your picture of each planet on the ground as follows:

The next four planets in our solar system are called Gas Giants. They are made of a bunch of gases held together by their own gravity (a force that pulls something to it.) You wouldn’t be able to walk around at all on these planets, and as you may have guessed from their name, these planets are all REALLY big!

Of course, our solar system wouldn’t be complete without other space objects! You can add asteroids, dwarf planets (yay Pluto!) Earth’s Moon, and other planets’ moons, and even a space craft or a drawing of you as an astronaut! 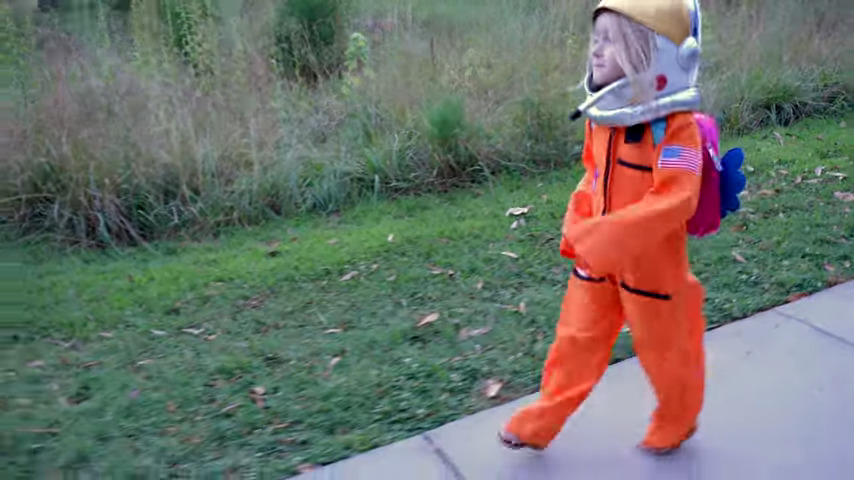 On a beautiful day, get out the sidewalk chalk and create a solar system in your driveway! 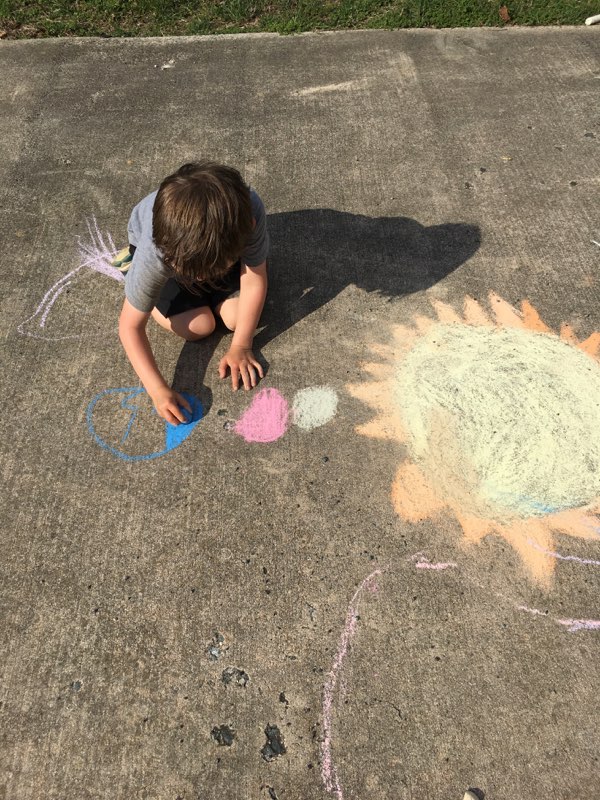