What is Ammonium Nitrate? 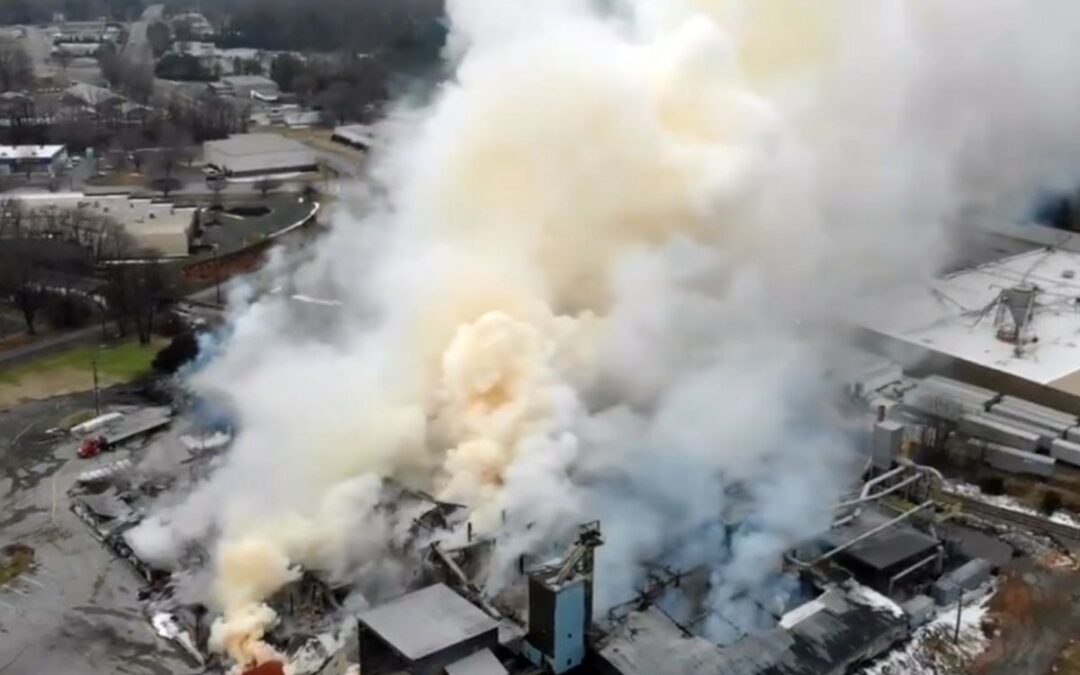 On Monday January 31, a fire broke out at Winston Weaver Fertilizer plant in Winston-Salem, NC and the potential for an explosion is still possible as of Wednesday Feb 2.

Ammonium nitrate is produced as small porous pellets called “prills” and is one of the world’s most widely used fertilizers. It is also the main component of many types of mining explosives where it is mixed with fuel oil (ANFO) and detonated with an explosive charge. 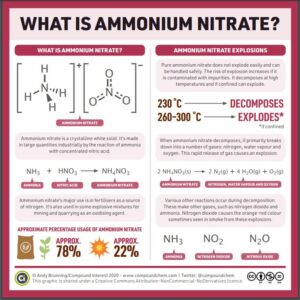 Ammonium nitrate does not burn on its own but instead acts as the source of oxygen that can accelerate the combustion of other materials. When ammonium nitrate is mixed with impurities or stored in combustible material, the risk for explosion increases if a heat source or open flame causes a rapid decomposition into nitrogen, water vapor and oxygen. Oxygen being the key element as it is highly flammable.

Ammonium nitrate explosions have happened in the past, most famously in Beirut on August 4, 2020, where 2750 tonnes of fertilizer exploded after a fire broke out in the warehouse where it was being stored.

Winston-Salem fire chief Trey Mayo said the chemical needs to be in a confined space to explode so the danger comes from the material being stored in stacks deep enough for pressure to be placed on the bottom layers. City fire fighters are currently allowing the fire to smolder slowly on its own not only to help dissipate the build up of oxygen but to maintain the temperature below the explosion threshold.

For more information on this topic we have provided some additional information in the links below.

Why Does Fertilizer (Sometimes) Explode?

Alerts from the City of Winston-Salem