Journey to the Red Planet 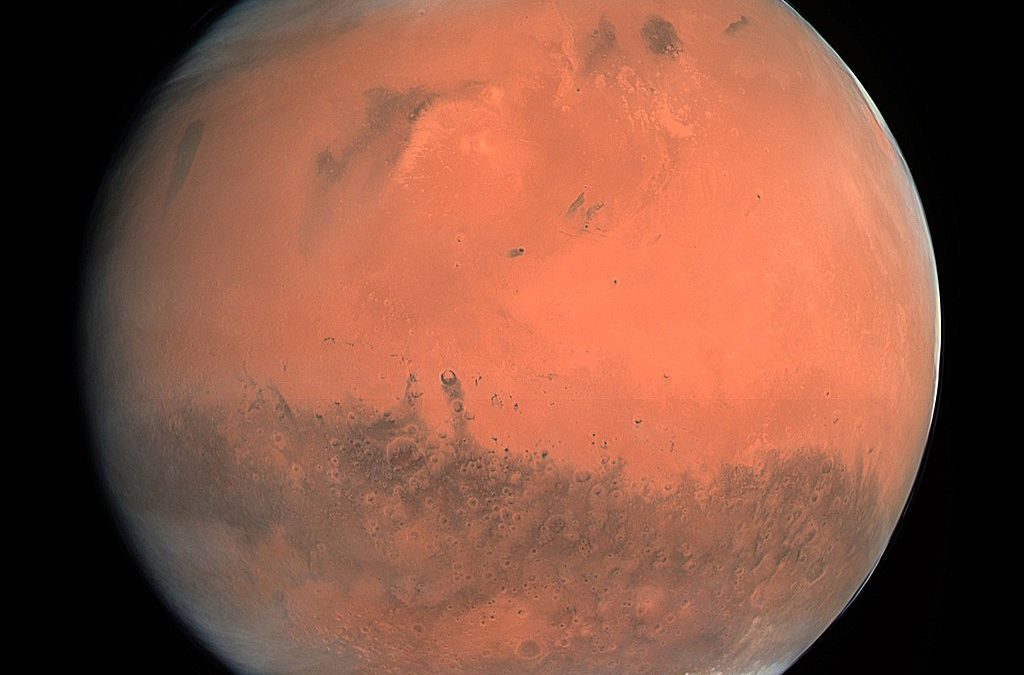 From time to time if you look up into the night sky, you might see an orangish/reddish object or two. One reddish glowing object you might see is the binary star, Antares, in the constellation Scorpius. Antares is often mistaken as Mars due to its bright reddish glow.  Mars takes around two years to orbit the Sun. Because of the Earth’s one-year orbit, Mars is relatively close to the Earth only once every 26 months. This summer Mars will make its close approach to Earth which makes for a perfect opportunity to launch spacecraft toward Mars.

Since the dawn of the space age, many spacecraft, both orbiters and landers, have visited Mars. This summer, another rover will begin its journey toward the red planet. The Mars 2020 rover, now known as Perseverance, is scheduled to launch at 7:50 a.m. EDT on July 30, 2020, although the launch window is open until August 15, 2020. NASA has a series of broadcasts scheduled for the week before the launch.

Perseverance will land within the Jezero Crater on February 18, 2021 and explore the red planet with various instruments including the first Martian helicopter named Ingenuity. If you’d like to participate, send NASA your #CountdownToMars video. Additionally, Perseverance will be joined by two other Martian missions this year. The United Arab Emirates Space Agency launched The Hope Probe on July 19, 2020 and China is scheduled send Tianwen-1 toward Mars on July 23, 2020.

Successfully getting to Mars is not a sure thing and landing on Mars is possibly the most difficult task. Spacecraft are moving at thousands of miles per hour as they approach the red planet. They have only a few minutes to slow down and land safely. The first few spacecraft to land on Mars used rockets to break their fall. Later, a few rovers bounced to the surface using air bags to cushion the fall. The Mars Science Laboratory (Curiosity) performed the most complex landing – one which NASA described as the “seven minutes of terror.”

So, mark your calendar as the next phase of Martian exploration begins.